Abundance of Manatees in Panama Estimated from
Side - Scan Sonar 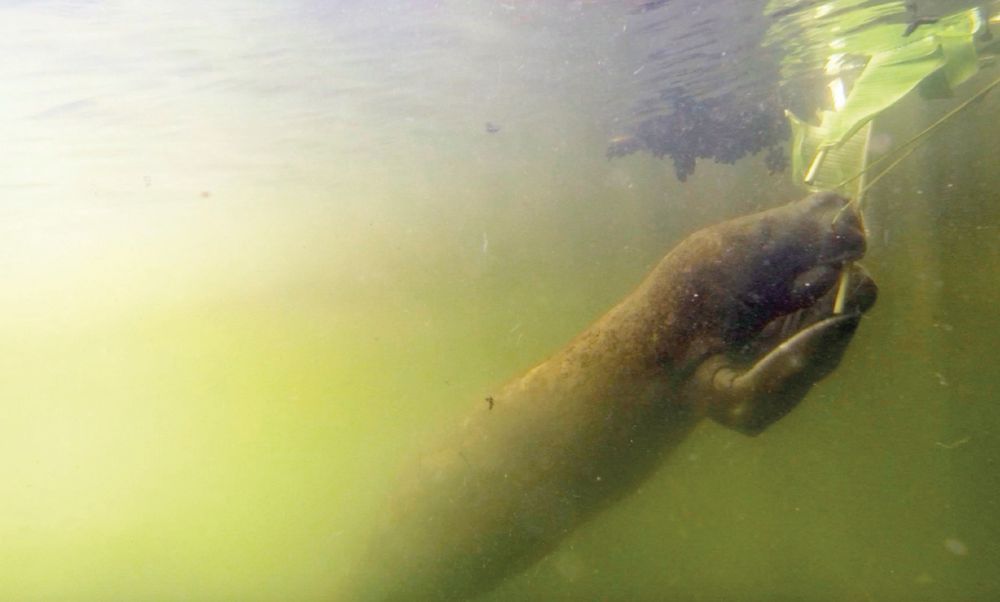 ABSTRACT The Antillean manatee (Trichechus manatus manatus) is found in tropical and subtropical riverine and coastal waters across the Caribbean region. Little is known of its population status, particularly in Central America. We counted and mapped manatees using side-scan sonar in the San San Pond Sak wetland, a protected estuary in western Panama, for 12 months, and converted the sightings into density and abundance estimates. A total of 214 sonar transects, covering 1,731 km and detecting 1,004 manatees, were completed. The greatest density of animals was found in the narrow and relatively deep upstream tributaries and also in a shallow lagoon near the river mouth. The estimated mean number of manatees in the 18-km San San River system over the year was 18.3, but abundance was highly seasonal, with 33 animals present in May and just 2 animals in December. These figures are within the range reported for similar rivers in Central America and Florida, USA. Uncertainty of the population size was estimated with a Bayesian model, using daily variance in counts, and 95% credible intervals were 22–71 animals at peak season but just 1–6 animals in December. The active sonar survey used in this study located manatees, mapped their positions, and converted sightings into quantitative data for rigorous analysis. The method is cost-effective for repeated counts across seasons and years, needed to evaluate population trends. 2017 The Wildlife Society.